How to set auto Horizontal Scaling on Multi Nodes 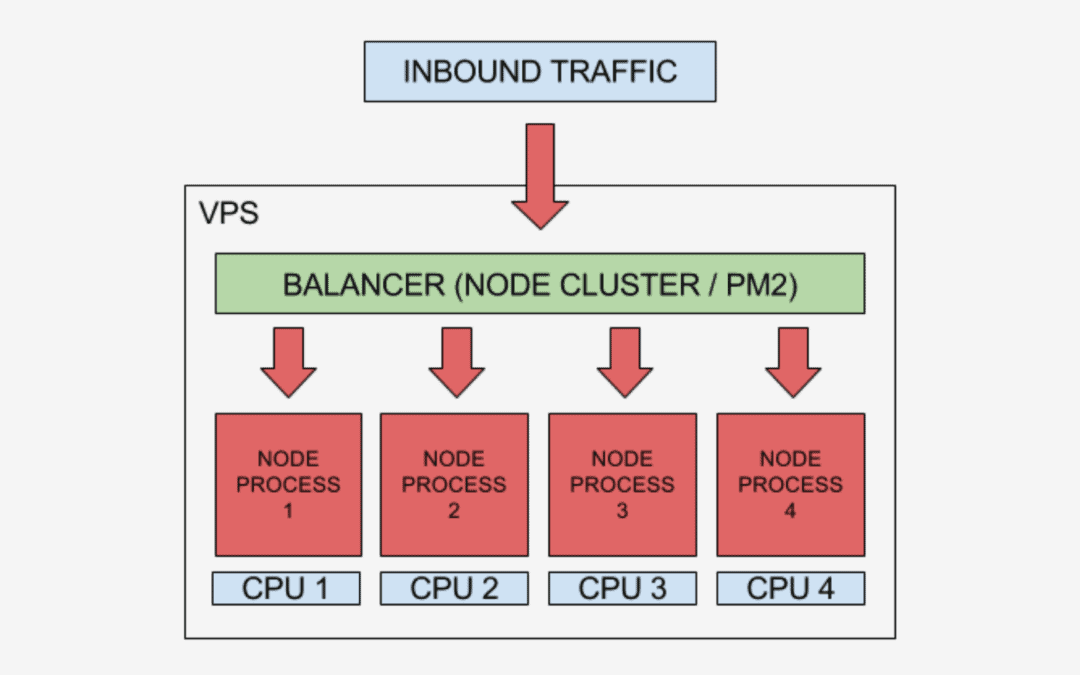 With GPUonCLOUD PaaS, hosting of your applications becomes truly flexible. In addition to automatic vertical scaling, GPUonCLOUD also lets you increase/decrease the number of servers in your environment manually or automatically.

The process of manual scaling is fairly simple – open the environment topology wizard and use the appropriate “+” and “–” buttons in its central pane to state the required number of nodes for the selected server.

Additionally, starting with the 5.5 platform version, the preferred scaling mode can be selected for new environments during creation and adjusted for existing ones through the topology wizard:

The first option is comparatively faster, while the second one automatically copies all custom configurations (e.g. deployments or Custom SSL). 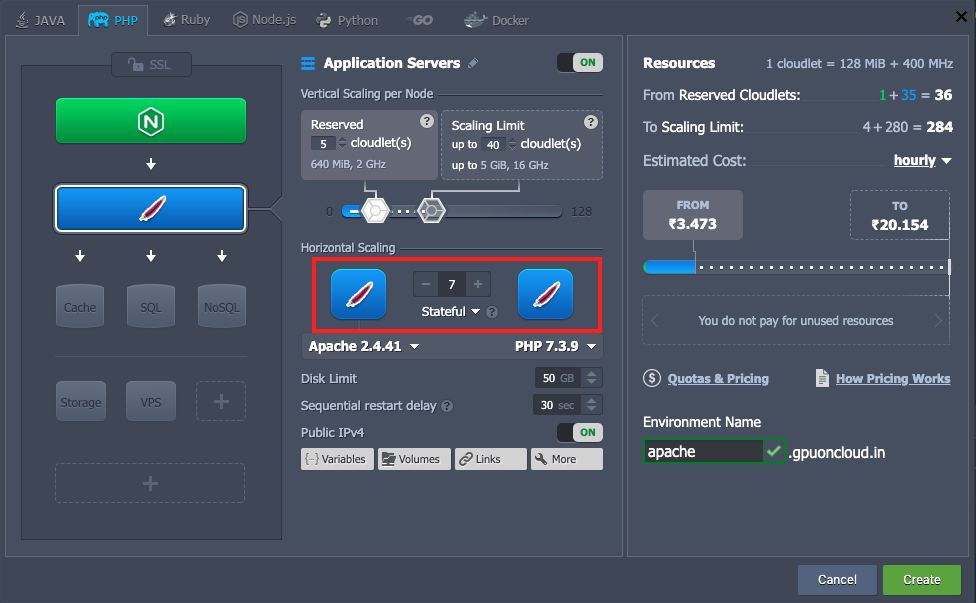 The maximum number of the same-type servers within a single environment layer depends on a particular hosting provider settings (usually this limit stands for 16 nodes). You can check the exact value within the Quotas & Pricing > Account Limits information frame.

Each environment node group (layer) is provided with the dedicated name, which, if needed, can be manually adjusted. In case there are several instances inside, layer name will be complemented with the xN label (where N is the actual nodes number).

Having several same-type nodes within a layer enables their synchronous management. Thus, all comprised containers can be simultaneously configured, inspected for logs and statistics, restarted or redeployed through the corresponding icons.

In order to operate with a particular container separately, expand the layer’s string to see the full list of its nodes. Each of these containers is an isolated instance, which has a unique Node ID and can be accessed/configured apart from others. Herewith, the layer master node can be easily located due to the dedicated icon.

To facilitate interaction with numerous servers of the same type, GPUonCLOUD also allows marking a particular node with the appropriate label, e.g. to define master and slave instances in a DB cluster.

More information on this labeling feature can be found in the Environment Aliases document.

While scaling different types of stacks, consider the following specifics:

Now, you know how easy it is to horizontally scale instances in GPUonCLOUD PaaS and aware of the operation specifics. Also, feel free to configure an automatic nodes scaling to smoothly overcome high load spikes without overpaying for unused resources.